Habegger’s Ace Lumber and Building Supply has been serving Berne, Indiana, and the surrounding area with quality materials and craftsmanship since 1956. Starting as a manufacturer of pre-fabricated homes and poultry buildings, the business expanded into the construction of light commercial buildings and quality on-site constructed homes. Since 1976, after joining the Ace family, the emphasis of Habegger’s Ace has become that of a supplier of quality lumber and building materials, including windows, doors, hardware, paint, electrical, and plumbing supplies to the professional as well as the weekend warrior. We stock a complete line of building materials in five warehouses, ready for immediate shipment on our fleet of delivery trucks.

View our timeline below.

03-March-2007
Cline Construction of Bluffton added through a partnership between the Frauhiger Family and Habegger Building and Supply. Steve had previously run Hobby Shop Custom Builders for 17 years. 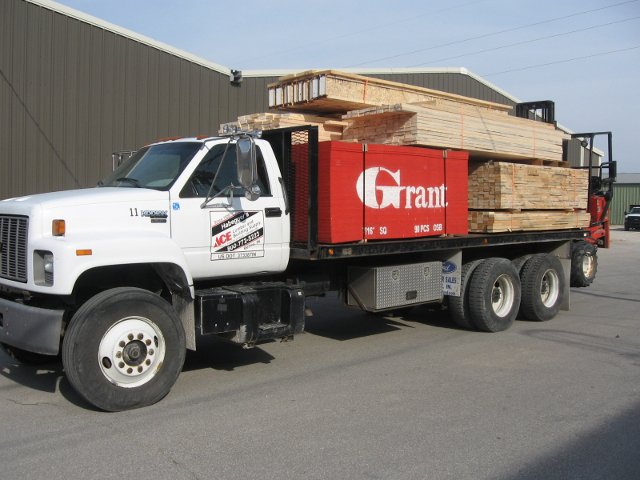 14-July-2006
Celebrated 50 years of business in Berne with an expanded showroom and other improvements to the store. New generation of Habeggers, Alan, Brian and Mike running the store.

Summer 1991
Habegger’s hold an appreciation dinner for the local firefighters and community members that responded to the fire.

December 8th, 1990
Only 16 days after the grand reopening of the newly remodeled store, it was completely lost to a devastating fire. 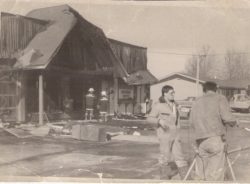 Habegger’s were extremely grateful to the local and area firefighters who battled the blaze and kept the damage to a minimum. They were able to operate out of a warehouse while the store was being rebuilt.

1980
Moved back to north end of lot in same location as today.

1978
Development of Schweizer Platz welcoming other business into the complex. 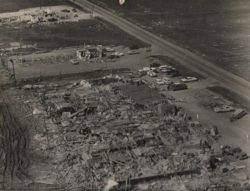 1956
Establishment of Habegger Building and Supply by brothers Charlie and Sam. 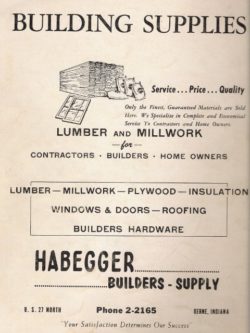 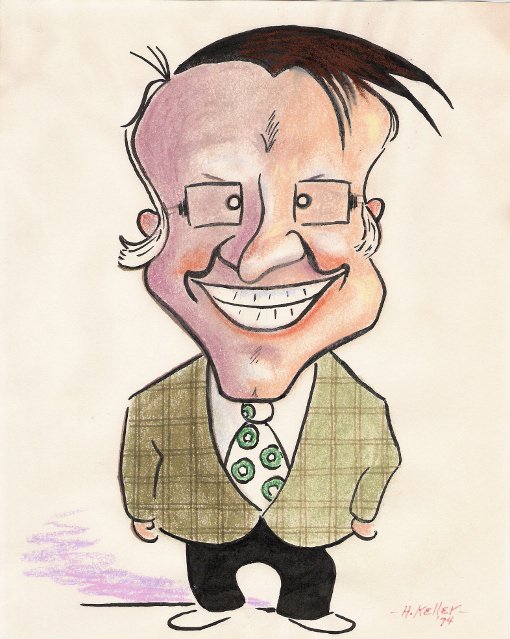 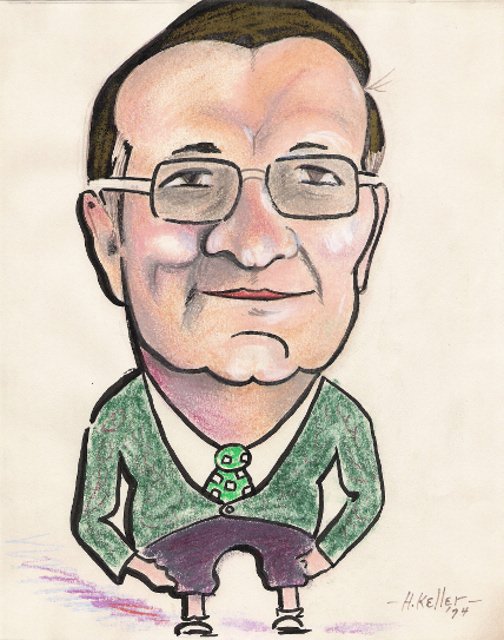